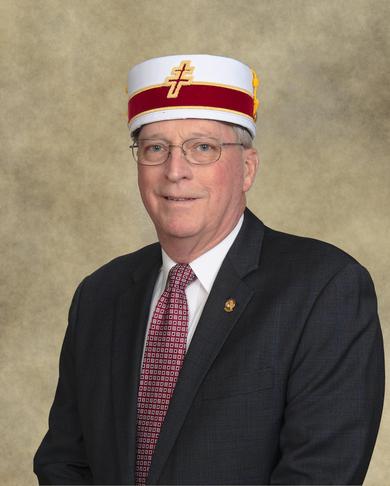 Illustrious Brother Ted Collins was named Deputy of the Supreme Council in Georgia January 1st, 2017 by Grand Commander Ronald A. Seal. Ill. Brother Collins was born May 29th, 1950 in Unadilla, Georgia to Wendell and Christine Collins. He graduated from Unadilla High School in 1968 and received a Bachelor of Science Degree in Political Science from Georgia Southwestern University in 1972.

Ill. Brother Collins is married to the former Charlene Greene of Oglethorpe, Georgia who is a retired Elementary School Teacher.

Ill. Brother Collins has served Masonry in many capacities including Worshipful Master of Millwood Lodge 198 in Pinehurst, Georgia (1998), Grand Master of Masons in Georgia (2008) and Personal Representative of the SGIG in the Valley of Macon, Georgia (2010-2016).